I came across a number of articles that quantify the energy intensity of bitcoin mining and its global environmental burden on the planet. After clicking on the first links in Google, I was struck by the apocalyptic touch of articles demonizing the enormous waste of energy resources. Apart from emotional negativism, these articles generally had a common denominator in the absence of numbers and calculations. Let's become for a while "University researchers" and calculate this consumption, which is with the basic knowledge of the bitcoin network the task of difficulty at the level of the second stage of primary school.

How do we calculate the total electricity consumption of the entire network extracting bitcoins?

The total network performance as of June 26, 2022 is 218 EH / s according to the official of the current bitcoin information tool www.blockchain.com . You can also find other useful information about the current state of the Bitcoin network at bitinfocharts.com.

The most used mining ASIC miner for bitcoins

Let's choose the average computer ASIC miner for bitcoin mining ASIC antminer S19 Pro which has an output of 100 TH / s at a consumption of 3250 W / h. Which means it consumes 3.2KW of electricity per hour. We will need to reach 218 EH / s 2 180 000 machines. That is, 2 million S19 ASIC antminers distributed around the world.

In addition to consuming 3250W for one ASIC miner, the total electrical consumption of the entire bitcoin network is 7,085,000,000 W per hour. What equals 7 GW / h. As a result, the entire bitcoin network is currently consuming collateral around the world 7 GW electricity in one hour. It is spread over a year 61 TW/h energy per year for the whole world.

It seems like a huge number, but let's compare it to something specifically tangible. Nuclear power plants Dukovany will produce 2GW per hour. Recalculated: the total electricity consumption of bitcoin from all over the world corresponds to 2.5 nuclear power plants the size of Dukovany or Temelín.

It seems like a huge number to us, but we have calculated the bitcoin production globally for the whole world and the whole world is huge. The Czech Republic, with a population of 10 million, makes up 7,900 million people on Earth 0.126 percent of the world's population. If we wanted to approximate it to the horizon of the Czech Republic, then the consumption falls on the Czech Republic 8.82 MW/h (7GW multiplied by 0.126%). Which is almost equivalent to the Small hydropower plant in Litoměřice with an output of 7MW/h. Or the fact that one of our nuclear power plants would be able to power it 234 Bitcoin networks in the world.

The electrical energy of 8.82 MW per hour would be sufficient for propulsion 17 years oldyžarsky cable cars in the Giant Mountains, or 2 electric arc furnaces for smelting ore, or 533 passenger cars Tesla Model 3, currently plying Czech roads at a speed of 100 km/h, consuming 16KW per hour.

Efficient use of residual heat

Although the consumption of electricity is not significant, its utilization for bitcoin mining is often associated with secondary use, where it fully replaces otherwise consumed electricity. Bitcoin ASIC miner converts the same amount of electricity into heat as a direct heater, or an electric boiler to heat hot water. In other words: úthe operation of the direct heater for heating is + - the same as the efficiency of the ASIC mineralas most of the electricity is converted into heat. The amount of ASIC minerals is used for more than half the time for heating homes, greenhouses, underground spaces, hot water heating, or for drying in industry. In addition, solutions using the immersion of ASIC minerals in mineral oil and through the exchanger heating pools and central heating systems come to the fore. It is up to us as we use this residual heat. Without this, the energy would be used for heating, so in addition to Bitcoinov mining, the heat costs are often paid for us and even multiplied by Bitcoinov mining itself.

Sources of electricity for bitcoin mining

In conclusion - it's up to us

Bitcoin mining is not energy-intensive enough to demonize it. It's the same as blaming 533 people for constantly driving back and forth in the Czech Republic. Or blame the skiers on the 17 cable cars in the Czech Republic for not sitting at home, but skiing. In addition, most of the energy to drive this network comes from renewable sources, and in addition, the residual heat is used, and this degrades the energy otherwise consumed for heating water, heating, or drying. The percentage of used residual heat from Bitcoin and Ethereum mining, according to the behavior monitoring of our customers, is rising and currently reaches more than 60 percent. This trend is driven and will be driven by the natural motivation, efficiency and higher yield, which is not only the extraction itself, but also the use of residual heat. 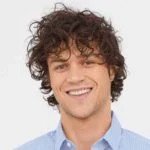